SDN training and certification allows you to gain knowledge in the field of software defined networking. SDN solutions have gained widespread popularity since its inception. With a growing demand for trained professionals with SDN skills, this certification will enable you to take advantage of employment opportunities in this fast growing industry.

A Software-Defined Network (SDN) is built for user choice and application responsiveness by decoupling the control plane from the data plane. A software-defined network (SDN) is an emerging design and paradigm of a telecommunications network that has the ability to dynamically reconfigure itself in order to adapt to changing circumstances. These networks can be designed so that they have increased fault tolerance, improved traffic management, and increased ability to mitigate denial-of-service attacks. Software-defined networking (SDN) is a software-based control architecture that separates the provisioning, forwarding, and operation of a network. Unlike traditional networks where the configuration of the entire network would be done at once and cannot be changed, SDN allows organizations to configure and manage their networks on an application by application basis. This can allow for organizations to have flexible network configurations as well as increase efficiency by allowing non-traditional network operators such as programmers and engineers to make changes rather than network administrators. SDN also allows for automation through APIs.

SDN can be defined as a network architecture, which abstracts the control plane and data plane functions of a network. The term software-defined networking was originally used to describe an architecture where much of the control plane was moved from dedicated hardware devices (e.g., a router) to server processor-based platforms running in conjunction with other software application layers. Software-defined networking (SDN) is a way of managing, controlling, and provisioning the communication resources in a data center that gives greater flexibility and control to administrators. With SDN, specific network elements can be abstracted from their physical realizations and configured in software through standardized APIs.

SDN training and certification allows you to gain knowledge in the field of software defined networking. SDN solutions have gained widespread popularity since its inception. With a growing demand for trained professionals with SDN skills, this certification will enable you to take advantage of employment opportunities in this fast growing industry. Software Defined Networking (SDN) training and certification provides the skills required to implement, troubleshoot, configure, and maintain a software defined network. Students will gain an understanding of how SDN architecture works, and how to configure OSPF, BGP, and open flow (flow programs) in order to setup high availability networks with programmability features. This course focuses on the practical application of concepts through hands-on labs. SDN is an emerging networking paradigm that aims to provide agile, scalable, and open programmability of the software defined datacenter. It provides abstractions of dataflow programming capabilities that allow users to define the desired state of their network to meet any business requirements. SDN training will provide you with deep knowledge on network architecture design for implementing SDN solutions as well as understanding its underlying technologies.

The training also includes SDN programming languages like ONOS according to use-cases and workflow. Both the theory and practical training combined with hands-on labs will help you get started in your networking career. Software-defined networking is a network architecture in which the control plane logic is implemented in software. This approach allows you to dynamically provision and updates the network, with minimal or no changes to hardware in your data center. Software-defined networking (SDN) is the concept of separating the control and data paths in traditional network routers and switches into two separate software entities. The control plane is centralized, allowing advanced features to be implemented by end users. The control plane software uses OpenFlow messaging at Layer 2 to forward packets based on their IP addresses. SDN provides simplified networking, providing an even more flexible and dynamic network by enabling the centralized control of traffic engineering in addition to Layer 3 and Layer 4 network connectivity.

SDN training and certification by telcomaglobal is designed to give you the opportunity to learn more about SDN and NFV concepts and develop skills that could be useful for your career in networking. The SDN training and certification by Telcomaglobal is for telecommunications professionals who want to gain insight into the SDN technologies and OpenFlow standards, such as OVSDB, NETCONF and OpenTAP. It provides an introduction to SDN architecture and helps students understand how SDN works.

The certification exam allows you to acquire the knowledge, skills and abilities required to succeed as a SDN professional. The courseware includes practical demonstrations and labs to ensure that you are ready to develop solutions upon completion of the course.

Our certification program started from last 13+ years having accredited certification which are highly recognized by international companies. 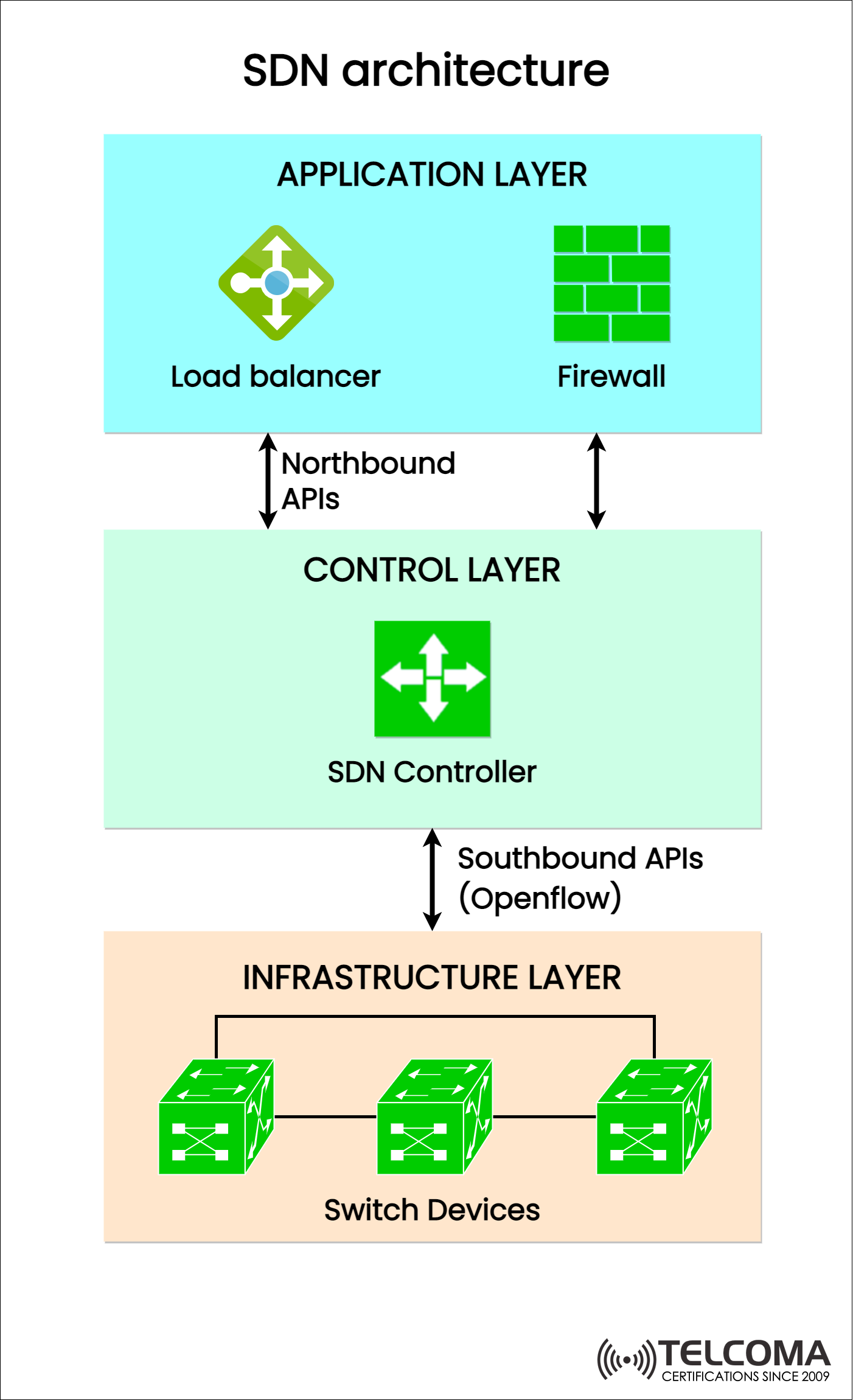 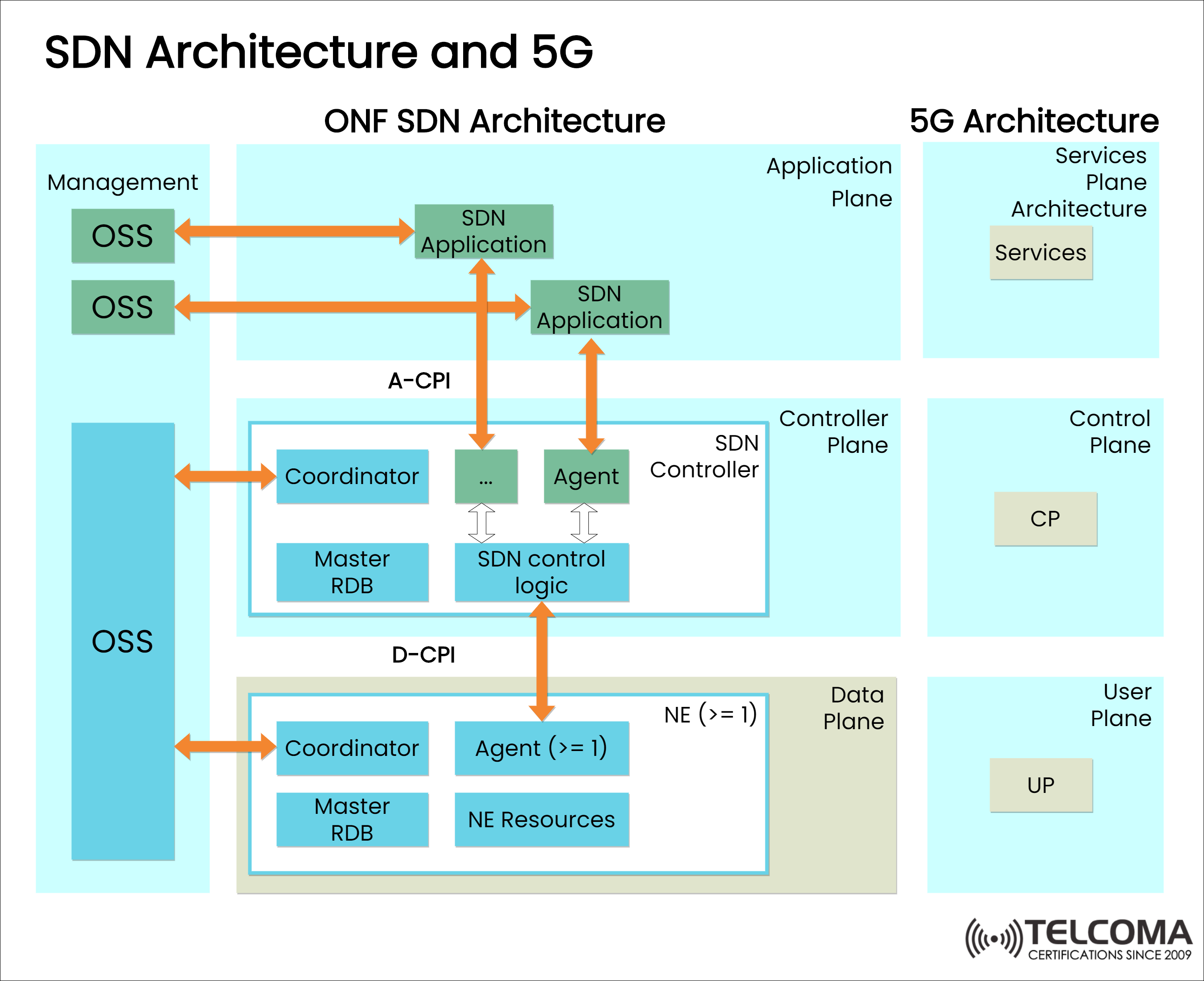 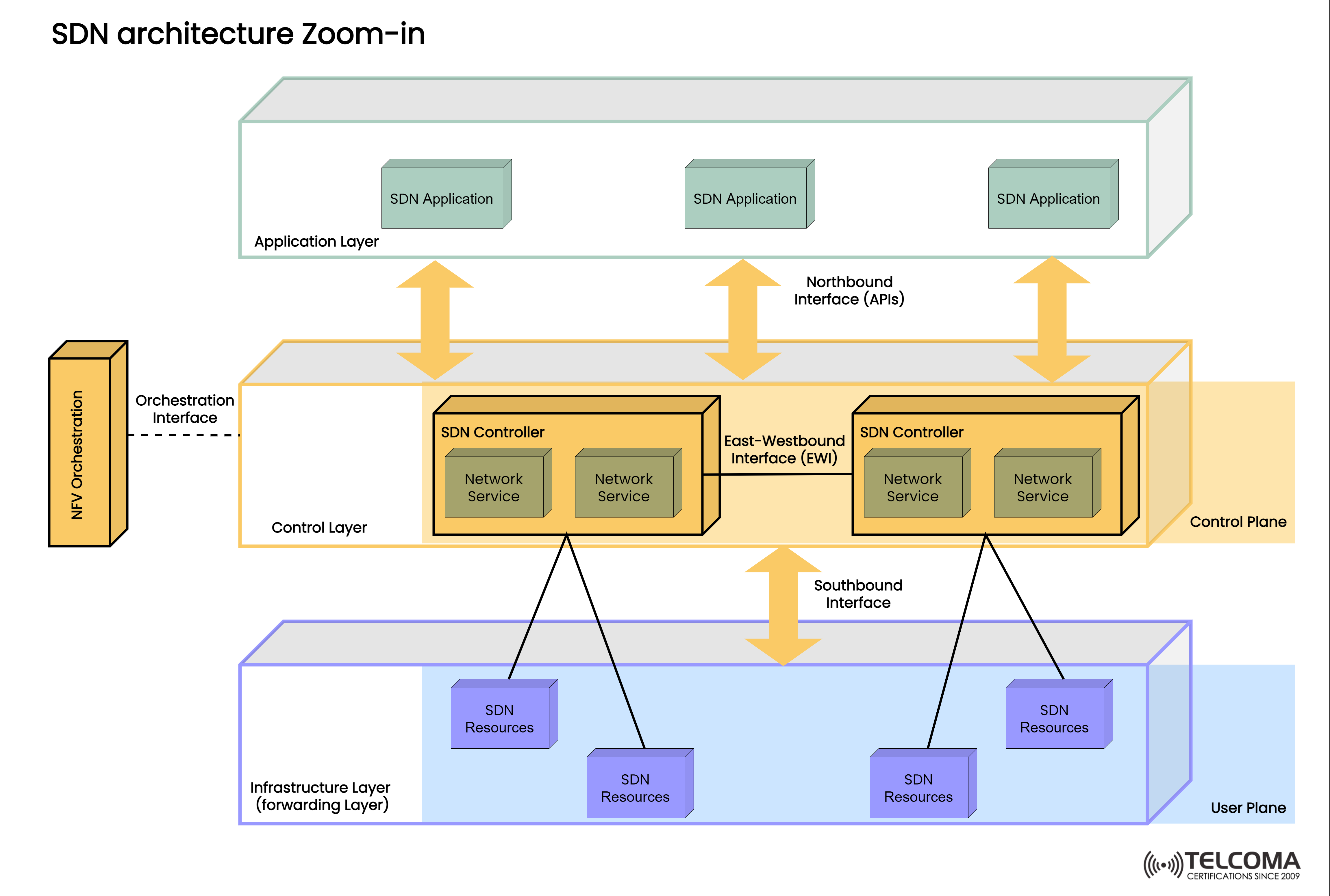