LTE Fundamentals training and certification is an official program that prepares participants to work with LTE networks. The training covers the basic concepts of the 3GPP specifications, LTE-TDD and LTE-FDD, in addition to HSPA/HSPA+ technologies and their evolution into LTE networks.

LTE is a mobile data (telecommunications) technology designed to provide exceptionally high speeds over wide areas. It is an advanced version of 3G technology, designed to bring faster broadband speeds to mobile devices. LTE is a phone and data technology that carries voice and data for 4G LTE networks and can provide much faster data speeds than previous generations of wireless. The first deployment of LTE was in December 2009, with the United States as the leader. LTE offers a number of advantages over 3G technologies, including lower battery consumption and higher throughputs. LTE uses Orthogonal Frequency-Division Multiple Access (OFDMA) to obtain high spectral efficiencies and Fast Fourier Transform (FFT) based waveform designs to provide good performance in both urban and rural areas. It is often referred to as a 4G technology, but there is no universal consensus on the term. LTE is an advanced, fourth-generation telecommunications technology. It provides all the features of third-generation cellular systems and more.

LTE can be used for voice, text, and data applications on a variety of different devices, including smartphones, tablets, and laptops. LTE is a new wireless broadband technology that offers higher speeds and greater capacity than previous generations of wireless technologies. LTE represents a radical redesign of the wireless network, taking advantage of the latest advances in wireless and consumer electronics technologies, as well as an allocation of a new spectrum made available by the switch from analog TV broadcasting to digital terrestrial television. The LTE standard is flexible enough to support many different business models and applications. LTE is the next-generation mobile broadband wireless communications standard designed to be used in the universal service and personal communication market segment. LTE can replace both W-CDMA and TD-SCDMA while extending UMTS's high capacity beyond 3G and ensuring a smooth transition from current 3G technologies to 4G.

LTE-FDD and LTE-TDD are the two transmission technologies used in 3G and 4G mobile networks. They use a different spectrum allocation for uplink (UL) and downlink (DL) users, respectively. LTE FDD uses Frequency Division Duplexing (FDD) for DL/uplink transmissions, but it also supports TDD for experimental use or to support legacy devices. LTE is a high-speed, broadband, and all-IP-based mobile communication system that provides data services for users. It uses orthogonal frequency division multiple access (OFDMA) to find the optimal resource allocation among different users by comparing user propagation channels' signal-to-noise ratios (SNR). LTE technology is a high-speed wireless data service that is rapidly being deployed around the world. LTE stands for Long Term Evolution, referring to the evolution of wireless communication networks from 2G and 3G (2nd and 3rd Generation) technologies to the next generation 4G or mobile broadband technology.

LTE is a revolutionary technology that allows you high-speed data access and seamless mobility. It is not just faster than 3G, it is also more efficient because of its ability to optimize the use of the radio spectrum for different services. As wireless data consumption grows, so does the need for more bandwidth. Wireless carriers resolve this by introducing LTE technology to their networks. LTE stands for Long Term Evolution and is a fourth-generation mobile communication technology that offers greatly enhanced performance over previous standards. Essentially, it is an upgraded version of 3G that enables users to download and upload data faster, enjoy IP telephony, better video streaming, and more opportunities for remote work via their smartphones.

LTE Fundamentals training and certification is an official program that prepares participants to work with LTE networks. The training covers the basic concepts of the 3GPP specifications, LTE-TDD and LTE-FDD, in addition to HSPA/HSPA+ technologies and their evolution into LTE networks. The course provides comprehensive coverage of relevant topics, including system architecture and network basics, multiplexing, protocol architecture, radio technologies enabling LTE networks, resource block allocation, and modulation schemes. This training will equip learners with the skills needed to deploy LTE in a carrier network, including planning and deployment in macro and small cells, baseband processing, and packet radio resource management (RRM). In addition, learners will learn about the features of LTE subscriber categories and how to optimize the performance of multi-user MIMO.

This course introduces the fundamentals of LTE and aims to equip participants with a solid foundation in the LTE system. Through this course, learners will learn how to identify the applications that are going to use the LTE network, configure their devices to match the requirements of networks and translate these requirements into specifications for protocol design. The LTE Fundamentals training and certification program is designed to provide you with a fundamental understanding of the features, functionality, and operation of LTE technologies. This three-day live course will familiarize participants with network architecture and terminology, describe radio access techniques and protocols, explain data flows within an Evolved Packet Core (EPC), describe key performance indicators for running an LTE network and how these can be used to analyze its performance, and provide customers with an overview of the relationship between devices and technologies used in wireless networks.

TelcomaGlobal delivers LTE Training and Certification for your team by experienced (20+ years) Instructors. We have participated in various live LTE Network Deployments and can share our knowledge with you. Our Training is very much hands-on.

TelcomaGlobal’s LTE Training and Certification courses are designed for individuals interested in learning about LTE technology, network architecture and design, computer programing and testing. These courses will provide you with the knowledge and experience to prepare for a career in the exciting field of 4G/LTE wireless communications.

TelcomaGlobal’s LTE Training is a comprehensive curriculum to help you develop your LTE knowledge and skills. Backed by a thriving community of professionals, TelcomaGlobal provides you with the tools you need to succeed.

We are pleased to offer the LTE training and certification program to you. This course intends to produce competent professionals in LTE, who can assist in the design, development, deployment and maintenance of LTE networks. Attending this course will also train learners on how to achieve better performance with their existing networks by using LTE techniques 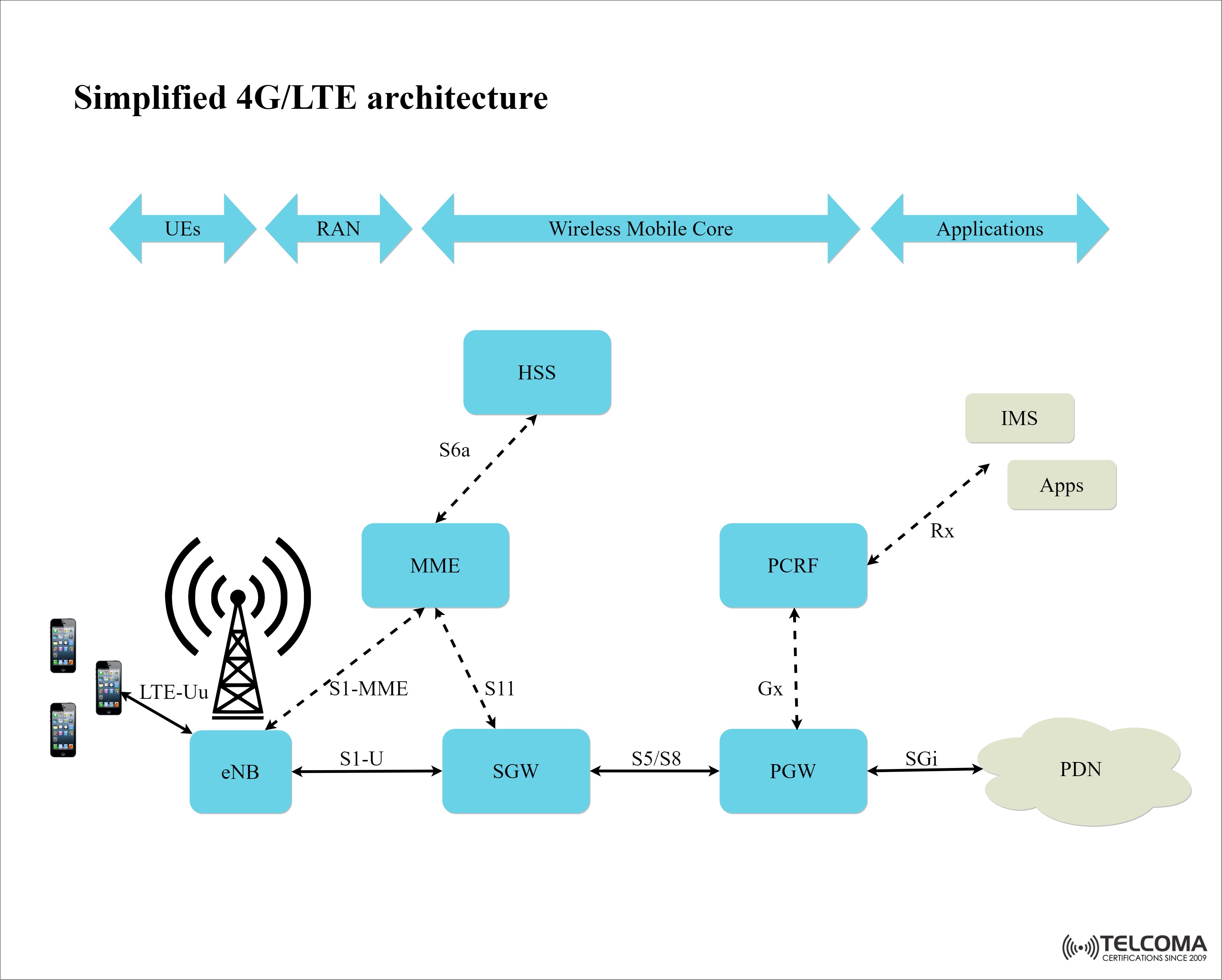 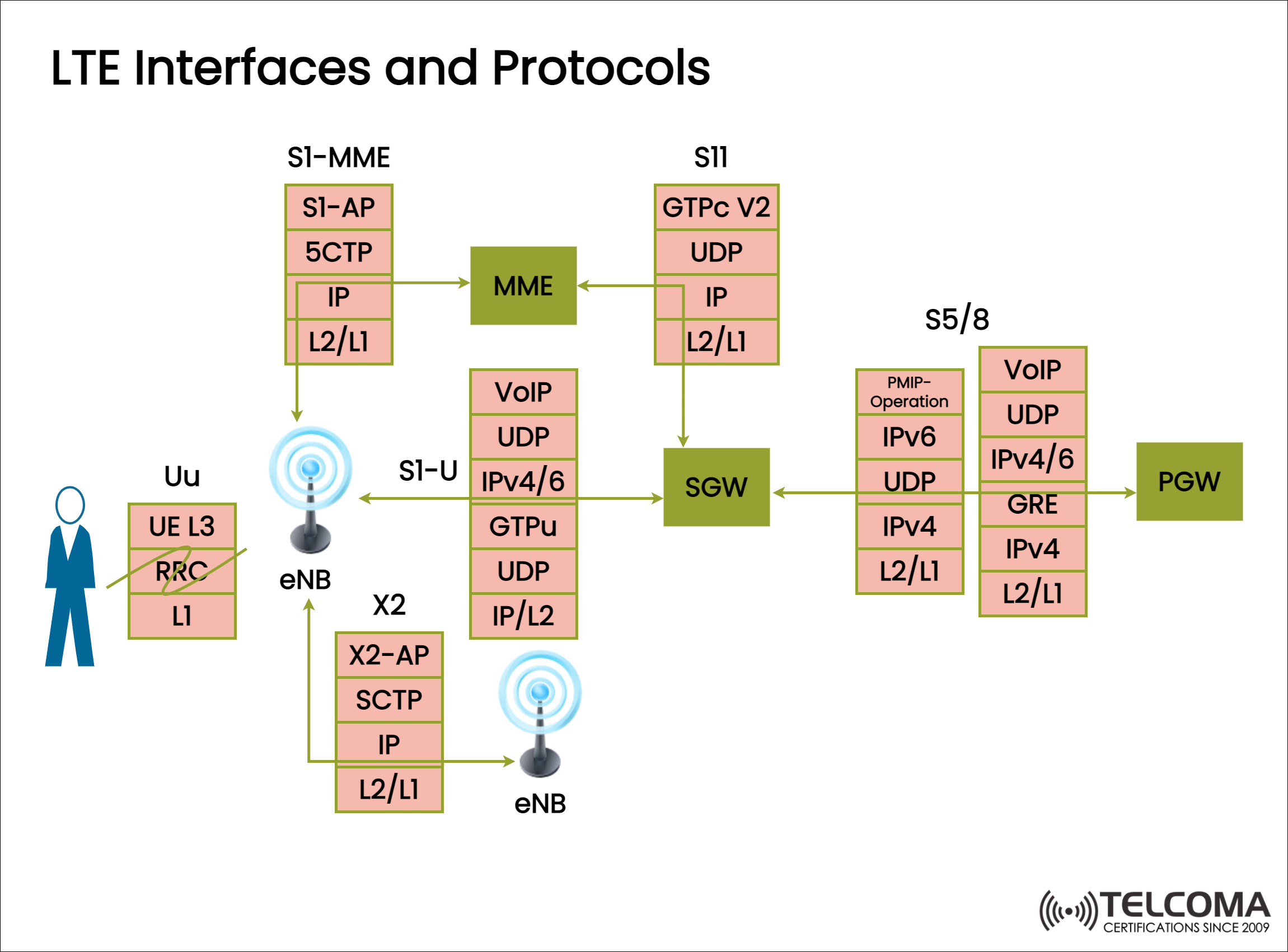 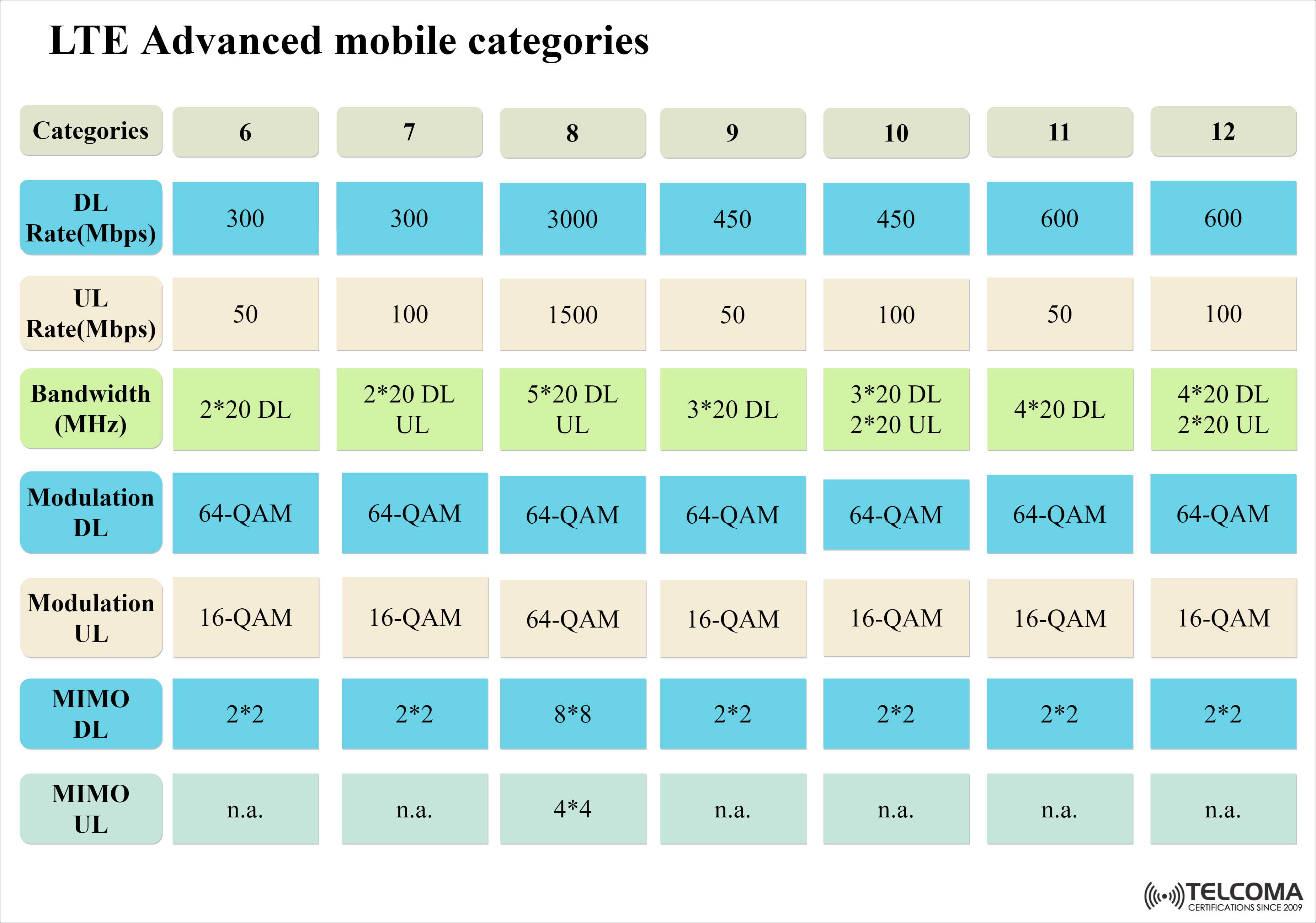 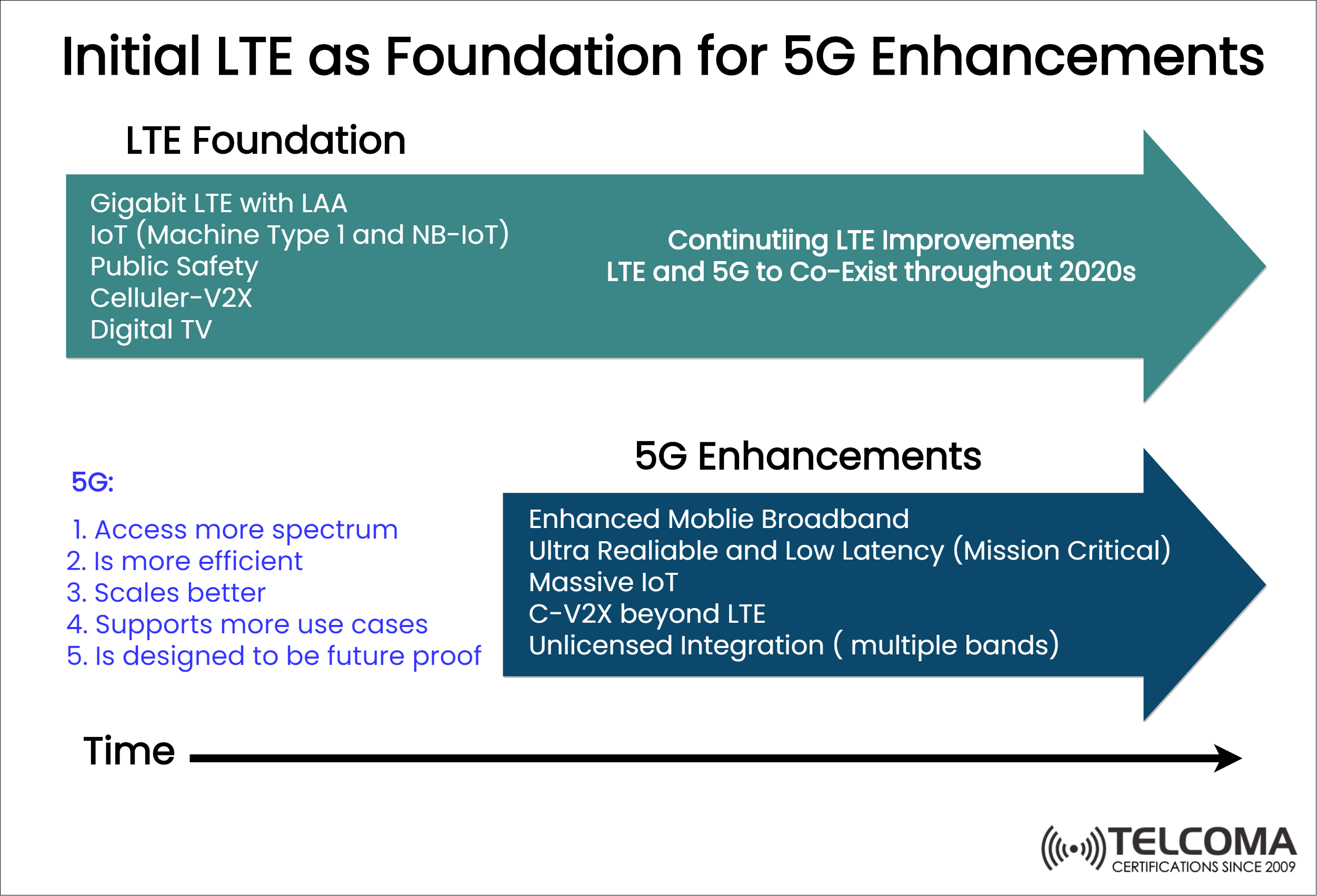