RLC (Radio link control) is a layer 2 protocol used on the Air interface. It is used in UMTS, LTE, and 5G NR technologies. The tasks performed by this layer are the transfer of upper layer Protocol Data Units (PDUs) in one of the three modes defined: AM (Acknowledged Mode), UM (Unacknowledged Mode), and TM (Transparent Mode), Error correction through ARQ (Automatic Repeat Request) for AM data transfer only, concatenation, segmentation, and reassembly of RLC SDU’s, Re-segmentation of RLC data PDU’s, reordering of RLC data PDU’s, duplicate detection, RLC re-establishment and protocol error detection and recovery. 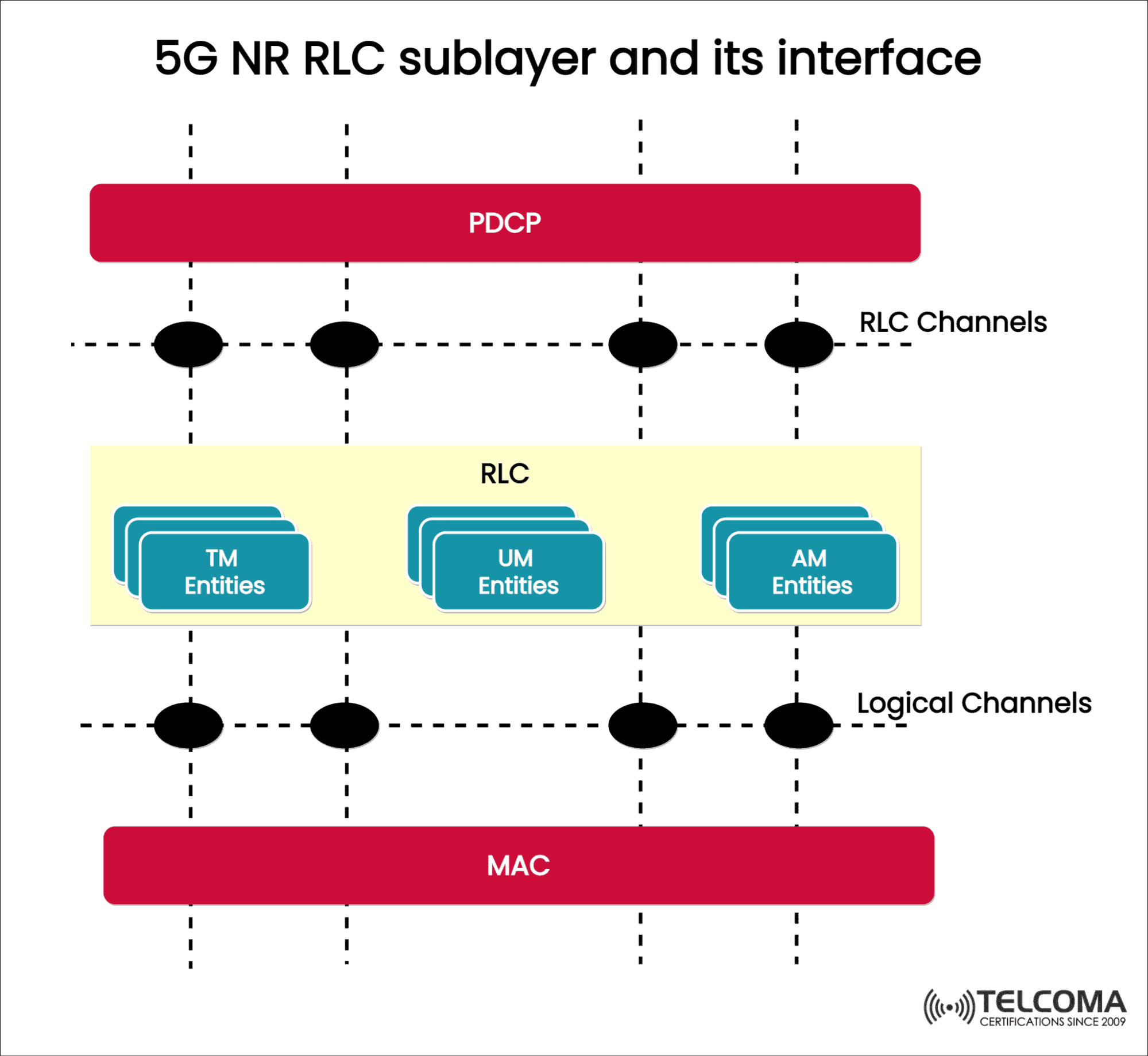 Since each RLC mode is associated with a specific set of logical channels, to associate this RLC mode procedure to the RLC layer processing mechanism for each of those channels.

The RLC sublayer can have multiple RLC entities. Each entity is of a specific mode. An RLC entity receives RLC SDUs from PDCP on an RLC channel and sends out RLC PDUs to MAC on a logical channel in the transmit direction. An RLC PDU contains an RLC header and the RLC SDU. AM RLC entity has the important feature of error correction through ARQ.