NB-IoT Narrowband IoT training & certification by TELCOMAGlobal is a one of the most comprehensive and intensive certification program. It will boost your knowledge and skills in NB-IoT technology

This broadband network can be used for critical communication between machines and for smart city applications such as “smart traffic lights”, dynamic pricing for road tolls and parking, dynamic bin collection schedules for recycling services, pollution monitoring and more.Narrow-Band IoT (NB-IoT) is a portion of the cellular communications spectrum in the UHF band between 694 and 915 MHz (was initially assigned to 2G GSM and later used by 2G CDMA2000 1X networks). It is designed to operate on low-cost, low-power wide area networks, connecting small sensor devices that require long battery life. NB-IoT uses NSA Type 1 encryption. NB-IoT is a low cost and low power form of connectivity that will allow costs to be driven down, allowing IoT devices to reach the consumers at lower price points. It also has longer battery life, smaller form factors, and uses less energy; which means that the overall product design can be optimized for the lowest possible price point by minimizing components and size. NB-IoT will not replace LTE but augments it with its own unique capabilities, providing an additional layer of connectivity for devices that need longer battery life or lower data rates. NB-IoT is a cellular technology that can be used to connect many devices, from smart meters and cameras to wearables. It has become the universal technological solution for the IoT, offering unparalleled scalability in terms of versatility, cost and coverage.

Narrow Band IoT (NB-IoT) is an evolution of the Global System for Mobile Communications (GSM) technology, and it is designed to bring LTE technologies to end nodes. The main advantage when compared with other cellular technologies like GPRS, EDGE and UMTS is that NB-IoT uses only a very small amount of radio spectrum whilst offering lower latency and further enhancing battery life. Narrow Band IoT (NB-IoT) is a 2G edge network access technology designed to leverage the existing cellular infrastructure and provide cost effective, efficient and power saving data services to businesses and end users across any industry. As NB-IoT has been designed as an evolution of GSM, it integrates well with existing GSM technologies and ecosystems, which results in easy devices adoption and instant global deployment. Narrow Band IoT (NB-IoT) is a Low Power Wide Area Network (LPWAN) technology. It denotes low throughput, high upload capabilities and reasonable data rates. The main advantage of this technology is that it facilitates large coverage area due to the use of low frequency channel which has lower attenuation rates than any other band. Narrow band IoT (NB-IoT) is an enhanced cellular technology standard for IoT. Designed to be deployed in licensed spectrum, NB-IoT provides a cost-effective solution to the challenge of expanding cellular coverage to rural areas, as well as in suburban and urban markets with lower cost deployments. Narrowband IoT (NB-IoT) is a standardized, technology-agnostic feature of narrowband-LTE that enables low-power Internet of Things (IOT) applications to be deployed on a shared network alongside cellular services like VoLTE and Rich Communications Services (RCS).

Narrowband-IoT (NB-IoT) is a new enhanced standard for cellular communications. NB-IoT provides more spectrum for deployment and allows for better efficiency in the use of mobile data transmission, lowering costs for network deployment and operation. Narrow Band IoT is a standard definition of narrow band IoT, which allows cost efficient and reliable connectivity at the edge of the network. NB-IoT will enable new operational models in 5G, leveraging an array of use cases. The Narrow Band IoT frequency band (NB-IoT) offers reduced power consumption and smaller form factors for low-power sensors and actuators. Narrow Band IoT (NB-IoT) is a network architecture that carries small, low bandwidth machine-to-machine and internet of things (IoT) traffic. It relies on licensed cellular spectrum in the 3.4 GHz frequency band. With wider coverage per base station and lower battery consumption than LTE, NB-IoT is designed for use in areas with limited or no connectivity. Narrow Band IoT (NB-IoT) is one of several new technologies aimed at improving the efficiency of cellular networks for the Internet of Things. NB-IoT is designed for IoT applications, especially in remote and rural areas where network coverage may otherwise be poor and power may be limited.

NB-IoT Narrowband IoT training & certification by TELCOMAGlobal is a one of the most comprehensive and intensive certification program. It will boost your knowledge and skills in NB-IoT technology that include 5G, LTE Cat-M1, ANPR (Automatic number Plate Recognition), RFID, RTLS (Real Time Locating System) etc.

The NB-IoT training & certification is a course that will help you gain valuable knowledge on the function, security and design of narrowband IoT (NB-IoT) networks.

NB-IoT Training & Certification is a unique and dedicated course to train the professionals in the field of NB-IOT and will provide a detailed understanding of the technology and its advantages over other IoT technologies such as LTE Cat M1, Cat NB1, LPWA and WSN. Learn all the technical aspects of NB-IoT and how to apply them in your work through a hands on exercise.

Narrowband IoT training & certification by TELCOMAGlobal is one of the best courses that help you to make your career brighter.

Our NB-IoT course provides training and certification on how to implement a Narrowband IoT network.

This course is designed to provide you with the knowledge you need to work on Narrowband IoT (NB-IoT) and communicate with the IoT devices on a local area network.

Delve into the world of next-generation connectivity with NB-IoT and learn how this technology has evolved from its inception. This course is one of a series of courses that brings you through the concepts, architectures and technologies that make up our wide range of provider (network operator) offerings. 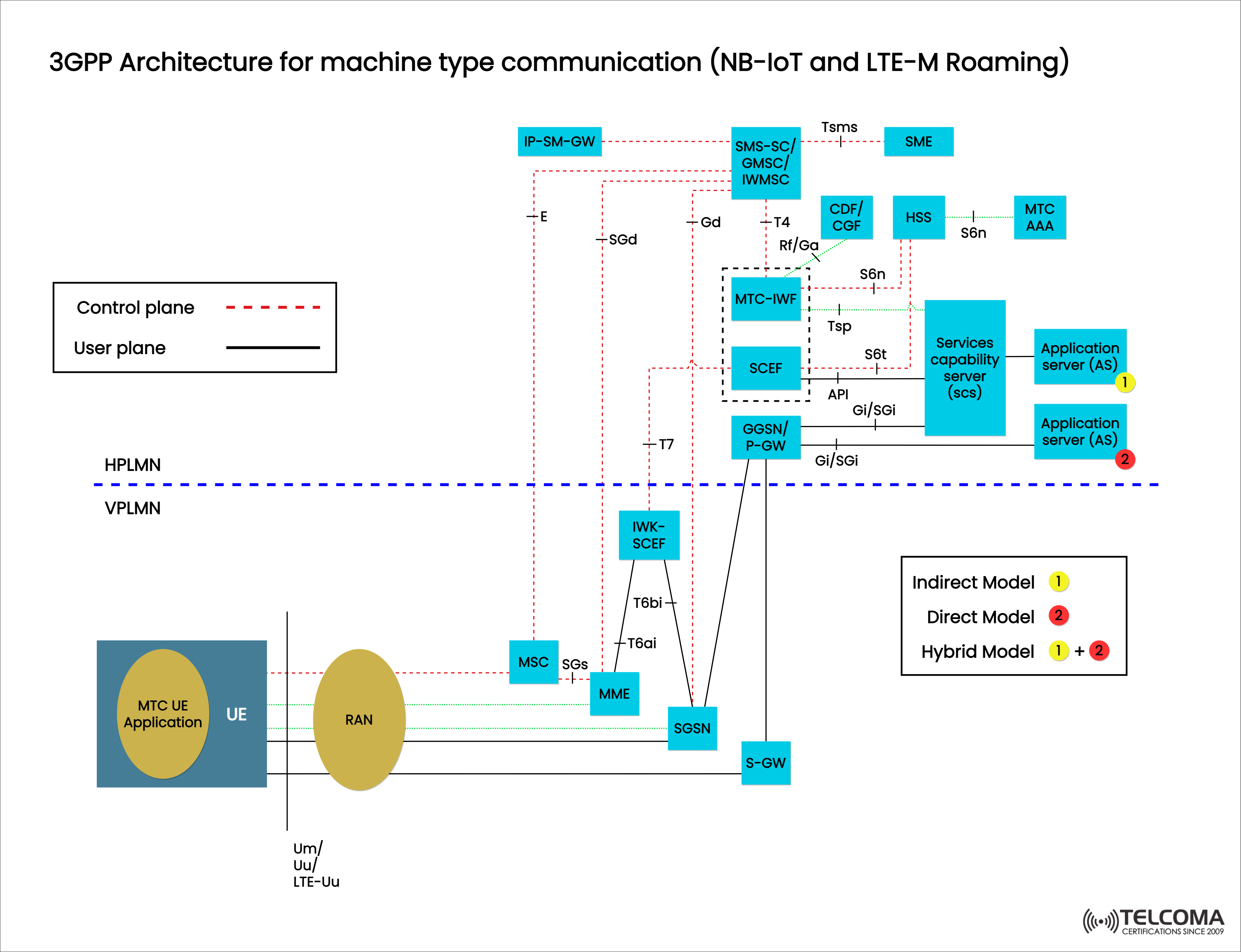 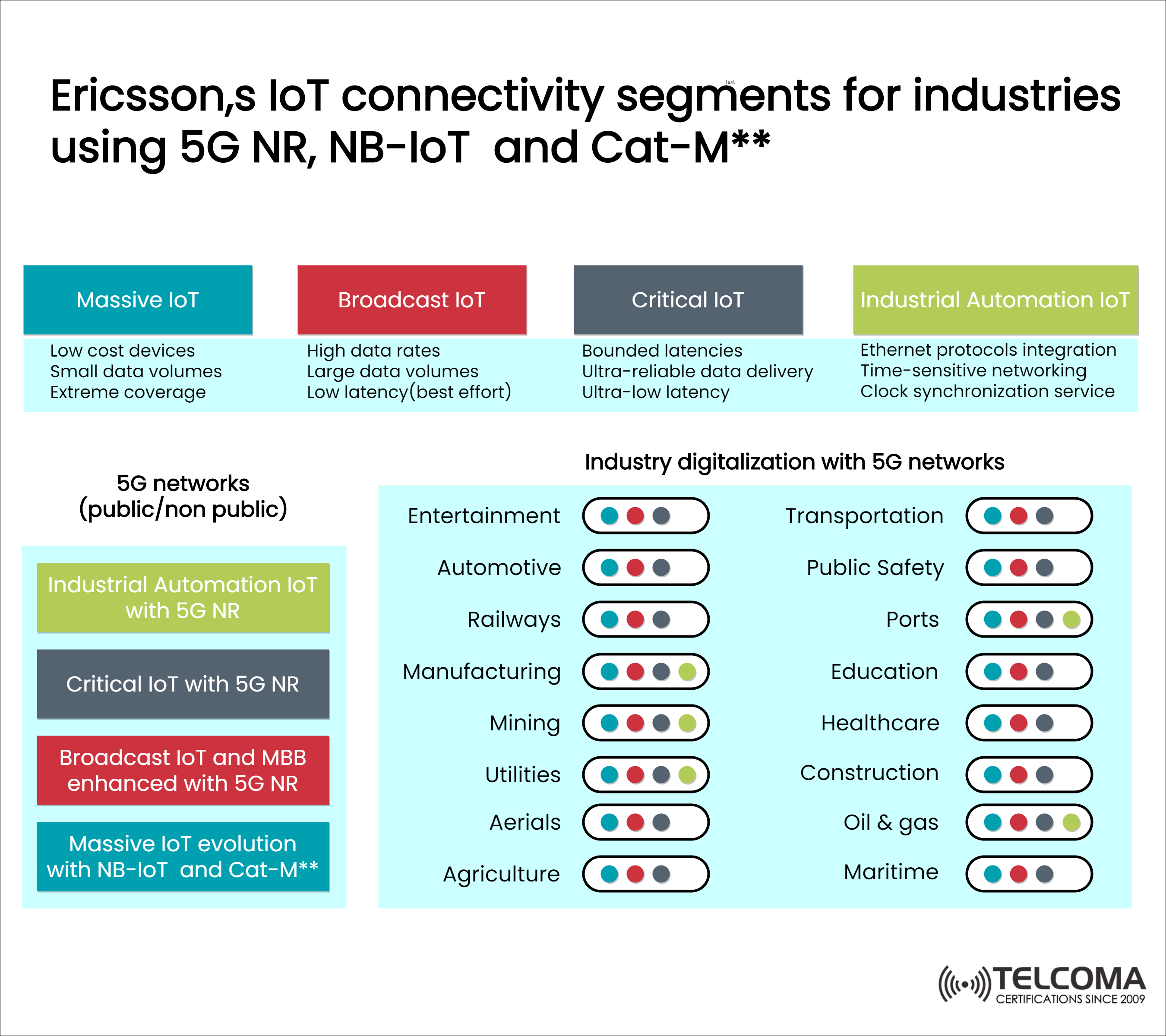 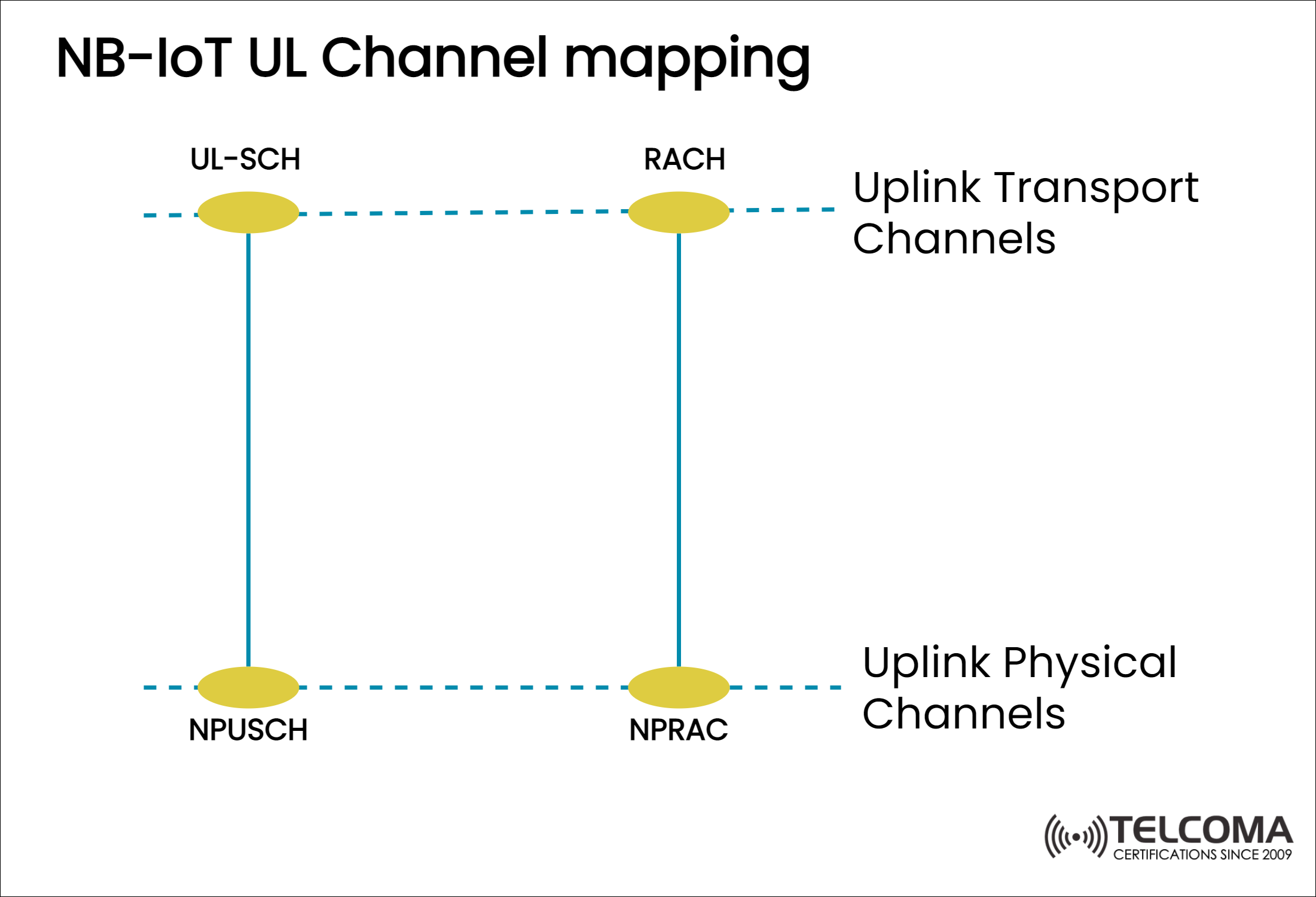 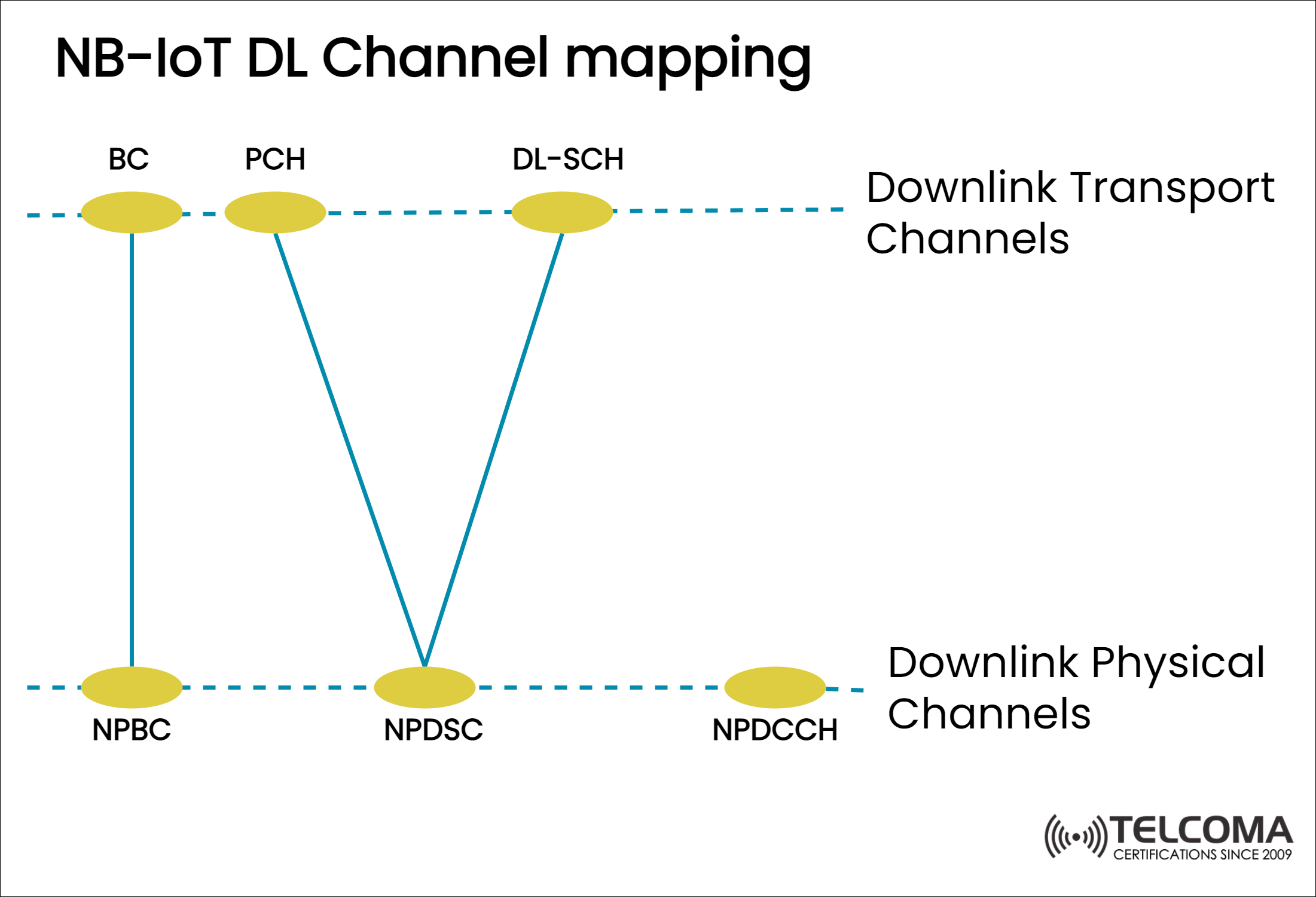