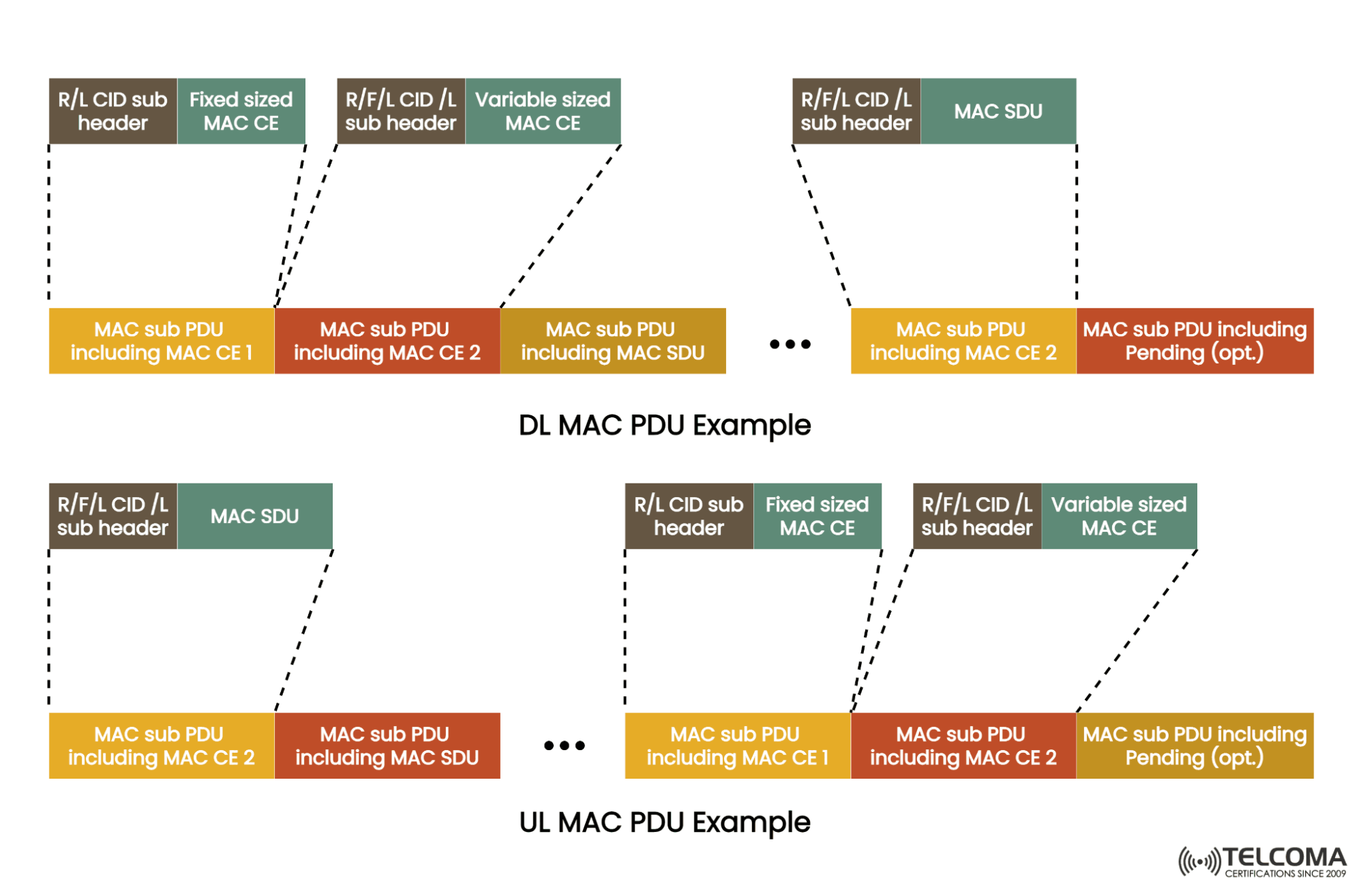 The MAC SDU’s are of variable sizes. Each MAC subheader corresponds to either a MAC SDU, a MAC CE, or padding.

﻿In contention-based random access, UE selects a preamble randomly from a pool of preambles shared with other UEs. UE has a potential risk of selecting the same preamble as another UE and may experience conflict or contention. In contention-based, multiple UE’s attempt to connect to the network at the same time. The eNB is intelligent enough to tackle this situation because every UE should be unique to the network.

The UE can always send the same preamble ID to the network, thereby resulting in collisions. This type of collision is called “contention” and is known as the “contention-based” RACH process. The network has to go through additional processes to resolve these contentions and this process is known as contention resolution.

In this, the preamble is allocated by the gNB and such preambles are also known as dedicated random access preamble. It is provided to UE either via RRC signaling or Physical layer signaling. when the dedicated resources are insufficient, the gNodeB instructs UEs to initiate contention-based RA. It is also a three-step procedure.

MAC plays an important role in Carrier Aggregation (CA). It distributes MAC PDUs and CEs across different component carriers (CCs) and generates one TB (Transport Block)per TTI (Transmit Time Interval) per CC (Component carrier). Each CC has its own HARQ entity within MAC. Through Carrier Aggregation involves multiple carriers or cells, they all come under the same cell group. Aggregation happens over one primary cell (Pcell) and one or more secondary cells (Scell). Within a single MAC entity, there can be multiple instances of transport channels.